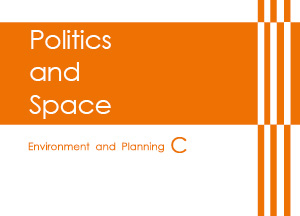 Recent debates regarding urban policy mobilities have shed light on the transfer and adaptation of similar sets of measures and projects. However, limited attention has been given to the local decision-making processes and to how democratic or autocratic modes of governance affect the adaptation. This paper focuses on the transnational spreading of brand museums and cultural institutions as part of leisure-and-tourism-oriented urban regeneration strategies. The Guggenheim Foundation has been most active in this regard since the late 1990s with the Bilbao narrative de-contextualised and circulating internationally, luring new localities to establish the museum. The paper compares two fairly similar Guggenheim museum initiatives in situations differing radically in political and planning terms in Abu Dhabi, UAE and Helsinki, Finland – respectively, the capital of a sheikdom and the capital of a democratic country – asking what difference the mode of governance has made in the re-contextualisation of the projects. The comparison shows that the democratic governance generated a high degree of collective intelligence, involved multiple stakeholders and allowed critical evaluations beneficial in decreasing the risk-proneness, emphasising the site-specificity and bargaining for the city’s benefit. The authors call for a more nuanced understanding of the local governance within the re-contextualisation process of such initiatives and for further research regarding the transnational strategies of ‘auxiliary institutions’.